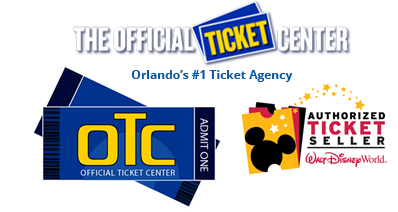 These Florida theme parks are combined to give you all the fun and the best way to enjoy the best and fastest access to attractions.

BUY A DISNEY TICKET COMBO FOR 4 DAYS AND RECEIVE THE 5TH DAY FREE!!

Receive your share of joy, magic and satisfaction, You deserve it!!

Saving time in the ranks of the parks will enjoy much more!

Tickets expire on the 14th day from the first day of use.

(FASTPASS included in all Disney tickets)

Buy any of the 4-day discounted tickets or the Hopper ticket, with expiration at 14 days and get the 5th. Free day! Taxes included in the price!

The magic ticket in your own way is a ticket for multiple days, ideal to visit several Disney theme parks, it allows entry for the number of days of your ticket for: Magic World Disney, EPCOT®, Disney-Hollywood Studios, Animal Kingdom of Disney, with the freedom and comfort of visiting a park per day.

The magic ticket with the option to jump (Park Hopper) offers you the admission for the number of days of your ticket for: Disney Magic World -MAGIC KINGDOM®, EPCOT®, Disney-Hollywood Studios, Disney Animal Kingdom, with the freedom and comfort to visit two parks per day.

The magic ticket with the option to jump More (PARK HOPPER PLUS) offers you the admission for the number of days of your ticket for: Disney Magic World -MAGIC KINGDOM®, EPCOT®, Disney-Hollywood Studios, Disney Animal Kingdom, With the freedom and comfort of visiting two parks per day, it includes the entrance to water parks and other attractions.

The Park Hopper Plus option not only allows you to visit all Theme Parks on the same day, but also gives you additional visits to the Water Parks or other attractions, such as minigolf rounds, visits to Disney’s Oak Trail Golf Course, or ESPN Wide World of Sports Complex. This is based on the number of days of your Theme Parks tickets. For example, a four-day ticket will allow you four visits for these other experiences. The exception is that one day tickets will give you two visits.

The FASTPASS is valid only for the day of use of your ticket.

Everyone in your group must have a FASTPASS ticket. There is a limited number of FASTPASS tickets that you can have at one time. The time at which you can obtain another FASTPASS will be printed on your ticket.

The FASTPASS is a service that Disney offers to all visitors to the parks, it is free, but the FASTPASS broadcast is only per day and is limited.

The best suggestion is to buy the FASTPASS early, before it runs out.

The FASTPASS is for attraction and they have certain rules, first you must go to the area where they are issued that is next to the entrance or very close to it, once there you need your tickets with which you entered the park to put them in a kind of ATM, This will read your ticket and will give you a FASTPASS.

The FASTPASS is personal, that is, you have to get as many FASTPASS as people are going to enter the attraction.

In the FASTPASS you will find information about what attraction it belongs to, the date and time in which you will be able to use it, in addition to the fund comes the time when you will be able to get another FASTPASS, this is so that there are no people monopolize them.

You can make FastPass + reservations up to 30 days before, unless you stay at one of the Disney Hotels, and then you can do it up to 60 days before.

DISNEY ATTRACTIONS OFFERED BY THE FASTPASS:

The attractions that have a single asterisk (*) it is recommended to obtain the FASTPASS since they are usually the ones with the longest rows.

If you have several asterisks the FASTPASS is a priority to get it when you arrive at the park. That means entering the park a person from your group who takes all the tickets and goes to take out the FASTPASS, return with the group and set up their plan according to the time given by the FASTPASS.

My Disney Experience – Simplify your Disney vacation using this application.

Magic Band – Save Time by wearing the bracelet in Summer at Disney World.

FastPass + – Booking system of attractions to avoid long wait in the ranks.

Universal Orlando Resort offers a complete line of tickets that include the basic ticket and the Park to Park ticket to visit one or both amazing and almost mandatory visits, such as: Island of Adventures, presenting the Magical World of Harry Potter ™ – Hogsmeade ™ and the amazing adventures of Spider-Man or Spider-Man®; as well as Universal Studios Florida, home of  TRANSFORMERS: The Ride-3D, and Despicable Me Minion Mayhem.

Ask for our saver ticket that allows you and your family to fully enjoy all the adventures in the parks of Sea World in Orlando, Florida that include Busch Gardens and the Aquatica Water Park.

New attractions in 2018. Come and see for yourself, what is to come is here!

Extraordinary tourist attraction to have action and enjoy the adventure at Busch Gardens in Tampa Bay, FL.

Enjoy a unique mix of exciting rides at one of the country’s Zoological Principles featuring more than 2,700 shows with live animals, restaurants, shops and games.

Busch Gardens is about an hour away from Orlando, FL and is one of the mandatory visits on your vacation to Orlando, FL. In case you do not want to drive, take the Busch Gardens express transfer service. Contact us for more details.

The park is about to celebrate its 51st anniversary and remains one of the best animal attractions in Florida.

Enjoy a magnificent trip to the past at the Dinner Show in Medieval Times. Where brave knights and heroic horses meet to recreate an exciting fair of yesteryear, enjoying the experience of high horsemanship and bravery watching the Knights fight with their swords and shields, seeing how steel clashes with steel in brave effort to defeat the enemy.

Listed as “The Favorite Dinner Show in the United States,” Medieval Times has a four-course culinary party and gentlemen competing in the exciting games of a medieval tournament and fair competition.

ALL DISNEY TICKETS MUST BE USED BEFORE DECEMBER 31, 2018!

Ticket from Universal Park to Park

Universal FlexTicket – 5 Parks in 1 Ticket And you will save time and money!